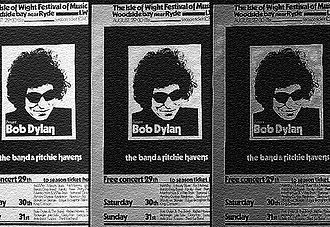 Some years seem to come laden with the past, particularly if one has reached a significant birthday as I did with my seventieth a few months ago.  It’s brilliant to be able to say that one was doing a certain thing fifty years ago and the five decades seems to give it all a special significance.

This week had a resonance all of its own.  I met up with a friend from my undergraduate days.

‘To just keep talking until it’s time for us to catch our trains back home’.

And that’s what we did, with great brio.  Oh the joy of discovering that one had made such good friendship choices all those years ago, and that we still shared the same political views, the same sense of humour, and many of the same key memories.

The next day I received a text from another college friend Bob which said, ‘Fifty years ago today you and I sat huddled in a one-man tent [designed for a twelve year old boy scout], about to survive on a sliced white loaf and jar of apricot jam and preparing to force our bodies not to have a crap for three days because the facilities were so disgusting.  Happy Birthday Isle of Wight 1969’

And those three days in a field were brought back so vividly.

By chance that evening I already had a telephone call booked in to talk to my great friend Angie whom I first met in 1971 when I began my MA in Leeds.  She was embarking on her Ph.D. and we got on immediately .  We had a very happy hour catching up on our pasts and presents.  At some point I will board a train and go down to Devon to visit her and husband Johnnie.

And the sheer restorative medicine of being in touch with folk whom we knew when we were still boys and girls and who knew us from that time.  Some things with such long-lasting friends don’t need to be explained or recounted [apart from the pleasure that such retelling can bring] for they just ‘know’.  If I felt exhausted at the end of this week I think it was the pleasurable fatigue I feel sometimes when I’ve watched a particularly poignant film, read a brilliant novel ori listened to some thrilling music.

Except on this occasion the film, novel or music recalled me to my younger self.  Watch out for some sonnets; they’re on their way.