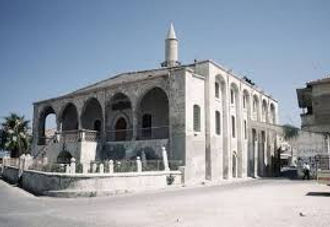 I have just come back from a week in Cyprus working in primary and secondary schools on British military camps up and down the island.

School days start early in Cyprus and there’s a two-hour time difference, so Monday morning found me getting up at 6am (4am at home) to be ready for my lift to my first school.

The middle three nights I spent in the Officers’ Mess at Episkopi, a gloriously club-like venue with seemingly impenetrable rules, until by day three I realised I finally knew what the systems were, as if I had absorbed then osmotically. Dinner found me eating with an amiable GP [who writes poetry], her lovely practice nurse, other visitors and always a gang of young officers at the next table. It was fascinating and a great place for a birds-eye view into a different life. I also loved the formality of paying my Mess Bill on my last evening there, it felt like something my father might have done in India in the thirties.

And what did I learn about army schools in Cyprus?

I learned that they are just like English schools but often with smaller class sizes. And with sunshine. Loads of it.  Outside the classrooms veranda-walkways go from classroom to classroom, and sometimes you can see mountains and sea.

The young people in the five different schools wrote poetry about an old tuba, a battered pair of boxing gloves, and in one school about favourite story book characters in preparation for World Book Day on the 1st March.

Both teachers and pupils were exceptionally friendly and warm. The young people aged from seven to fifteen were SO creative, and their writing was thrilling. In several schools they shared their work in assemblies where I sat at the side feeling like a proud uncle.

In my free time I rambled on the cliffs near the Officers’ Mess, eyes peeled for griffon vultures, I was taken for lunch in Turkish Famagusta and on my final evening in Cyprus I walked around the town of Larnaca with friends, eating there and looking at the old mosque and historic church in the centre. It gave me a strong sense for what the old town must have been like before the big hotels and apartment blocks, which jostle along the sea front, were built.

Unusually, in such a busy week, ideas for poems came freely, and on my last morning I laid out the bones of three new sonnets. One of them is my March Poem of the Month!  And having taken some poems with me, written for young people, to read in assemblies, I realise that I want to write a whole collection with a younger audience in mind.

I finally would just like to say a huge thank you to staff and pupils in the schools I visited.

You were all amazing!