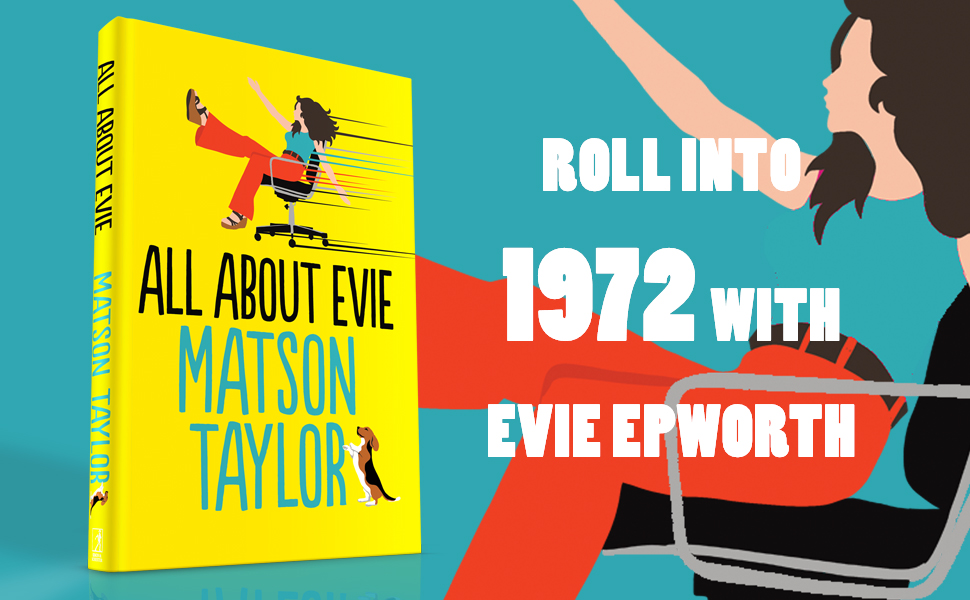 Two weeks ago I did one of the things I enjoy the most; I interviewed a writer as part of a special summer event for the Ilkley Literature Festival. It was a magical, chatty occasion made even more wondrous by the fact that my writer Matson Taylor had written a follow up novel to his first, ‘The Miseducation of Evie Epson’, entitled, ‘All About Evie’.

Somehow we managed to have the kind of conversation friends have in a bar or a coffee shop, in front of a lovely audience in Ilkley Parish Church. Matson turned out to be an absolute delight [as if his enchanting books hadn’t told me that much already] his rural East Yorkshire childhood and his design historian, long residency in London giving him the perfect background to writing the adventures of Evie, growing up on an East Riding farm and moving to the capital in the sixties. To me, as someone a little younger than Evie, this was a pitch perfect rendition of two decades though Matson was obviously too young to have actually been there at the time. He caught brilliantly in the first novel the time when the Beatles arrived on the music scene and how from that shimmering moment everything seemed to change.

In ‘All About Evie’, we discover Evie in her mid-twenties working for the
BBC and eventually discovering love. Amongst a welter of wit and incident there is a
marvellously comic happening involving Princess Anne and a pregnancy test which leads to her losing her job. [You’ll have to read the book to find out more].

Matson Taylor’s writing has been compared to Sue Townsend and Stella Gibbons, to me it has the wit and warmth of Dodie Smith and Nancy Mitford. You must read both Evie novels, and then we can all wait impatiently for number three.