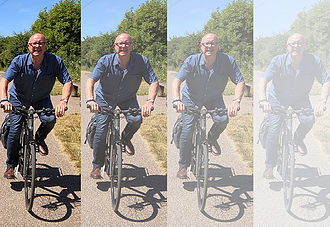 Yesterday I cycled along the canal from Kirkstall up to Rodley.  It’s a regular commute for coffee or lunch at The Railway,  [or if we go the other way to Granary Wharf in  central Leeds] for a bunch of us, shall we say, older cyclists, with the glamorous soubriquet of The Rusty Wheelers.  On one historic occasion we went as far as Skipton.

The thing about cycling along the Leeds Liverpool canal is that even in the city-centre you are in a patch of green; you can see swans, the blue flash of a kingfisher and sometimes, particularly where the River Aire accompanies your cycle ride, a heron fishing in shadowed water.

The Rusty Wheelers chatter, banter and occasionally fall silent whenever a particularly lovely landscape or interesting towncape is revealed [the sharp uphills alongside the locks can also cause this].  It’s a living history of an old West Yorkshire where mills and farms formed a perfect mix, where an occasional grand house sits at the water’s edge.

And like all outdoor exercise it provides its own inspiration.  There’s something about water that ‘does it’ for me.  It’s mostly the sea but on a warm June day, or a sparkling January morning the canal provides a perfect stand-in for the East Riding coastline. And like the best understudy it sometimes outshines the star.