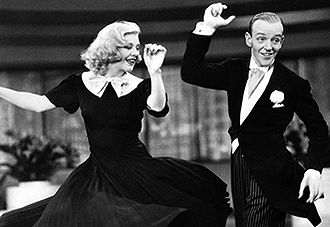 There have been many great artistic collaborations over the years, Lennon and McCartney, Rogers and Astaire, Laurel and Hardy etc. etc. where both artists brought something extra to the mix.  Famously Ginger Rogers commented on her pairing with the magical Fred Astaire,’ I did all he did, but backwards and in high heels’.  Apocryphal or not, it’s a good story and it got me thinking of the collaborations I have taken part in over the last twenty years.

Last month I wrote about working with Dortmund poet Thorsten Trelenberg, but I realised I could go even further back to look at just how many times I’ve worked with other poets or visual artists.

So I worked with the brilliant poet and performer Char March twenty years ago, and we produced a book of some of our performance pieces, ‘Deadly Sensitive’.  After that it’s a roll-call of artists and photographers, Kevin Hickson, Murat Oskasim, Casey Orr and many others who brought something to my words while hopefully my poetry gave an extra dimension to their wonderful images.  And then my most recent poetic work-mate was Matthew Hedley Stoppard in our collection ‘Cinema Stories’ [Valley Press 2015].  It was a joy to work with another poet on a shared enthusiasm, the old suburban cinemas in Leeds, and a lovely antidote to the usually solitary activity of writing.

Just recently me and my old pal, writer and photographer Bob McBurney, got to talking about a project we might embark on, showing the Leeds we have both known for many years in a book of images and writing.  It’s Bob’s terrific photograph of the Black Prince in City Square that recently accompanied September’s Poem of the Month.

What an exciting idea!

Watch this space, as someone unafraid of clichés might say.